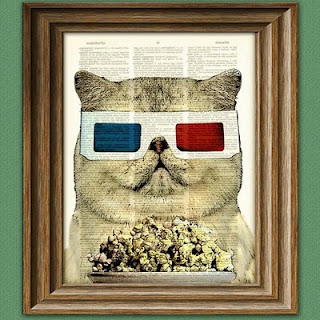 My dear friend, Dr. Morbius, mastermind behind the wonderful blog Krell Laboratories (a blog you should check out, as well as her equally insightful old website, Monsters of the Id), has picked me for her Stylish Blogger Awards, somewhat of an ongoing blogging event. What does this mean? Well, for starters it means that Dr. Morbius likes this humble place, which is in itself a great compliment. But also means that I should share seven "stylish" facts about myself, and tag seven more bloggers which I consider stylish enough for this. Well, her stylish facts were movie facts of course, so I'll refrain from breaking the laws and will have to do the same.

1) My first memory of attending a movie theatre is one visit to a cinema in the center of Mexico City, to see "Starchaser: The Legend of Orin" (1983) in glorious 3-D. However, that did not happen in 1983, as I wasn't even born yet; it should had taken place aroun '87 or '88. Anyways, I remember vividly the old school 3-D glasses, red and cyan, the popcorn smell, my younger brother asleep, everything. Now I know that "Starchaser" is mainly known as an animated "Star Wars" rip-off, but to me, it was the discovery of a new world. The world of cinema, as it was intended to be seen: on the big screen. Probably, I had been at a movie theatre before, but "Starchaser" is the earliest conscious memory of being in one that I have. Gosh, I still remember how cool it was the film's ending for me.

2) Since that early age, I became a devotee of home videos. In my house we had Betamax (which I still hold as the superior format, no matter what), and I began collecting bootleg tapes and recording things from TV. I was very young, and the first movies I remember having were a set of the "National Geographic Specials" series of documentaries. It included for example titles such as "In Search of the Great Apes" (1976), "Man: The Incredible Machine" (1986), and my two favourites: "Egypt: Quest for Eternity" (1982) and "Land of the Tiger" (1985), which I used to watch on a weekly basis (Egypt and tigers were two of my favourite things as a kid). That set was the beginning of my film collection. Amazingly, they musy still be around someplace at home.

3) As could be easily imagined given the content of this blog, I'm a also a devotee of horror films. The film that fully made me a horror fan was David Cronenberg version of "The Fly" (1986). I must have seen it around 1990 or 1991, and it blew me away. Never before had I seen a movie that disturbed me yet fascinated me at the same time. A monster so repulsive yet so tragically sad. The ending broke my heart (it still does), and I couldn't believe I was feeling sad for a monster. It was a whole new world for me in every aspect. Also, the whole thing mesmerized me: how in the hell could the filmmakers create that kind of monster? What was used to make it so real? I became a fan of "behind-the-scenes" videos after that. Oh, and it also left me a huge fear for skin-related diseases that I still have to date. Thank you David Cronenberg! "The Fly" (1986) is still a masterpiece, in my opinion, and it's one of those films I still try to watch at least once every year.

4) Still, movies were just enetertainment for me. A great source for enterteinment, but still nothing more than that. I roamed every mom-n-pop videoclub near my house looking for horror and sci-fi stuff to rent. And so, I discovered misunderstood gems such as the Godzilla films ("Gojira tai Hedora" and "Gojira tai Biorante" were my favourites), as well as the "Planet of the Apes" series. Films like "Adventures in Babysitting", "Big" and of course, "The Goonies" were also part of my usual movie viewing habits, which were based now mainly in the video stores and the tv. I did went to movie theatres, but mainly for big summer blockbusters. However, certain films made me discover more of what a director did at work, as they were unrelated films that carried a notorious and well-defined visual style: the films of Tim Burton. Not surprisingly, the 80s-90s Tim Burton's films became a hero for me and probably my earliest memory of wanting to become a filmmaker myself.

5) When I was fourteen, for some reason one weekend I decided to rent two films that changed my view on cinema forever: "Psycho" (1960) and "A Clockwork Orange" (1971). Granted, I may have not understood Kubrick's film as a whole, but "Psycho" did made me discover the magic of pre-1970s cinema, and the work of Alfred Hitchcock. The following weekend I rented the 30s version of "Dracula" and "Frankenstein" for a Universal double-bill and fell in love with B&W cinematography. Everything was different for me after "Psycho".

6) I kind of believe in the auteur theory that Cahiers du Cinema originated in the late 50s. I know that filmmaking is a collective work, but I find that there's always a certain vision that is followed. Of course, it is not always that of the director, it can be the producer's, the writer's or even the studio's. That said, I have five directors I hold in high regard. Perhaps I'll dislike some of their movies, perhaps even hate a couple of them, but they are my top 5 directors. The 5 names are Alfred Hitchcock, David Cronenberg, Luis Buñuel, Ingmar Bergman and John Ford. My goal as a filmmaker is not becoming rich and famous, not even to make a living out of filmmaking, my only goal is to make at least one film in the level of the ones made by those 5 directors, which I consider masters of the craft.

7) That said, in my quest through Luis Buñuel's filmography, I have found that I have not liked his most surrealist films as much as I have liked his most conventional films of the Mexican period. I could not get that much out of "L'Âge d'Or" (1930), and was initially confused by "El ángel exterminador" (1962), despite I did ended up liking it in the end. Still, I'd watch his enormously funny potboiler "La Ilusión viaja en Tranvía" over those two anytime.

8) I'd love to remake "The League of Extraordinary Gentlemen". Not only because I love Alan Moore's comic book, but because I love the original incarnations of the main characters (and think Moore made them justics in the comic book). It may not be something deep or artsy, but the film version of the comic left me so dissapointed that I take remaking it almost like a moral duty.

8 1/2) I kind of hate Pauline Kael's work as a critic. These two last stylish facts were freebies.

And that would be it. Of course, there's more, as for me, movies have been an integral part of my life. Many nmemories of mine are related to films in some way or another, and so my fascination with cinema is deeply rooted in my soul. From that first time watching "Starchaser" in 3-D to yesterday's viewing of 2011's spy-thriller "Unknown" (at the cinema, holding my beloved girlfriend in my arms), movies are for me, magic. Plain and simple. Cinémagique, as Georges Méliès would probably describe it...

Now I'm suppoused to tag seven bloggers who may be interested in making this. Unfortunately, I don't follow many bloggers (I'd still consider myself new in this, despite having been in W-Cinema since 2007), and the ones I follow, have been dormant for months. And of course, I could not pick Dr. Morbius again, even when I admire her writing quite a lot. So, let's see...

From Scotland, old pal Kevin Matthews from For It Is Man's Number
From Chicago, the awesome Dr. AC from Horror 101
And if you know Spanish, be sure to check out Diez Martínez' Cinevertigo 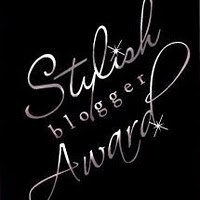 See you soon at the movies!

P.D. The cat is there cause he's cool.
Posted by J Luis Rivera at 16:47
Labels: Articles, Life and Cinema

Interesting information about him. Thanks for sharing.
ca lemon law

Only two comments here and they're both spammers? That sucks.

Remind me to tell you about my experience with The Fly, both when I first saw it and when I realized that it was the one film that really "got" my life experience.

Ha! Most comments here are spam. I got used to that...

I'd love to know about your experience with "The Fly". Sounds like a good post for Krell Labs, don't you think?

Thanks for stopping by, girl!