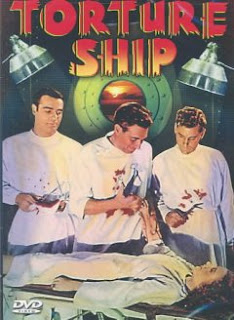 In multiple ways, the rise of the studio system in 1913 paved the way to the consolidation of American cinema as a major film industry, with Hollywood as its capital. During the following decades, the seven "major studios" would define a new era for cinema in the United States, from D.W. Griffith's revolutionary filmmaking to the Golden Age of Hollywood. However, American cinema wasn't only about the majors, as many independent producers were also around, fighting for survival in a very demanding business. The Halperin brothers, Victor and Edward were amongst them, and their 1932 triumph "White Zombie" served as proof that not only Hollywood was able to make good movies. The box office success of "White Zombie" took the brothers to a major studio, Paramount, for which they made "Supernatural" the following year. Sadly, the film's commercial failure took the brothers back to the Poverty Row. The Halperins tried to make another hit, but each of their subsequent attempts failed to capture the magic of "White Zombie". 1939's "Torture Ship" is sadly one of their very worst.

In "Torture Ship", Irving Pichel is Dr. Herbert Stander, a brilliant scientist decided to cure the "criminal mind", but who ends up in trouble for his controversial experiments in human beings. Stander finds an interesting way to keep on working: he transforms a ship into a laboratory, kidnaps several high profile criminals, and sails to international waters in order to experiment with them. Stander's nephew, Lieutenant Bob Bennett (Lyle Talbot) is the ship's captain, and so Stander begins his experiments with endocrine injections. Unfortunately, things will get complicated as the criminals, not exactly happy with being the guinea pigs for Dr. Stander's experiments, decide to take over the ship and begin to plot mutiny. Amongst the criminals is Joan Martel (Julie Bishop), an innocent secretary girl who just happened to work for the wrong people, her boss was Poison Mary Slavish (Sheila Bromley). Bob makes friends with Joan, and soon romance blooms. Sadly for the lovers, Dr. Stander has decided that now he needs to test his experiment in a good man: Bob.

Loosely inspired by a Jack London short story ("A Thousand Deaths", published in 1899), "Torture Ship" begins with a fairly interesting (albeit somewhat implausible) premise. The idea of having several criminals together in a closed space to wreak havoc is not really bad for a horror film, as it potentially offers a group of different characters and situations to explore. Unfortunately, the screenplay by George Wallace Sayre and Harvey Huntley fails to exploit the premise's potential and the result is a trite storyline in which very few interesting things take place. While there's a connection, actually very few remains of London's story, and perhaps a closer approach to the source (which deals with a scientist resurrecting a man) would had increased the appeal of the story. Sadly, the group of characters gathered never become anything more than stereotypes, lacking any development beyond the necessary. Certainly, "Torture Ship" has a couple of clever twists, though the overall sensation is one of missing potential.

Director Victor Halperin shows even less inspiration than in his "Revolt of the Zombies", and crafts his film without any real style or or defined vision. Cinematographer Jack Greenhalgh (who would become a prolific veteran of Poverty Row films) limits his work to give the proper light and shoot. It's certainly one Halperin most uninspired films in his career, as the story unfolds slowly in long talky scenes of dialog. Unlike "White Zombie", there is not a single attempt to build up atmosphere, and instead the film has a monotonous dullness that makes it tiresome and boring. While at least in "Revolt of the Zombies" Halperin managed to extract some sense of thrill and excitement out from his screenplay, in "Torture Ship" there's nothing but a series of events that just advance the plot without much fanfare. Certainly Victor Halperin wasn't working with a great screenplay to begin with, but the apparent lack of motivation to make something interesting out of the screenplay is appalling.

The tragedy of the screenplay's failure is enhanced by the way a particularly interesting cast is wasted performing it. In this aspect, "Torture Ship" looks like a collection of classic B-movie character actors. Sadly, not even one of them has a nice role to shine. Legendary Irving Pichel as Dr. Stander is for the most part effective in his role as the film's mad scientist, though the role is never anything more than an archetype. The film's protagonist, Lyle Talbot, fails to be engaging as the hero type, though at least there's some commitment in the way he recites his lines. Julie Bishop fares much better, though her character is one of the film's weakest links, as there's not really a reason for her character to exist. Sheila Bromley, Russell Hopton, Wheeler Oakman and Skelton Knaggs are some of the actors playing the criminals, ranging from acceptable to downright mediocre in their work. Skelton Knaggs is one of the better, though like everyone else, suffers from having to work in a poorly developed role.

"Torture Ship" is certainly a film full of problems, so many of them that's actually difficult to believe that it was made by the same team that delivered "White Zombie". It's clear that the budget the Halperins had was low, even lower than in "Revolt of the Zombies", as it's reflected in the almost non-existent art direction the film has. Nevertheless, there are things that can't be blamed on low production values, as there are movies done with the same resources that against all odds still manage to shine. "Torture Ship" doesn't have low budget as its worst enemy, the real problems are an awful screenplay and an uninspired vision. As written above, "Torture Ship" fails at exploiting its premise, and instead delivers a pretty forgettable tale of mad science that fails at being thrilling. It's just simply not interesting. On top of that, Halperin's work is so dull that fails to improve a doomed storyline. Filmmaking is not only about good stories, it's about telling the story in an interesting way. Sadly, Halperin fails miserably in this aspect.

Sadly, the Halperin brothers never again replicated the success of "White Zombie", neither artistically nor commercially, and two more movies after "Torture Ship", director Victor Halperin retired from the film industry. Given the result of "Torture Ship", it's not hard to think that Halperin was already tired of filmmaking, though that's something that perhaps only he could answer. What can be known, is that "Torture Ship" is far from the brothers' best work, and it's one of those Poverty Row films that are perhaps only of interest when digging about the history of independent cinema, as it's cast is a particularly attractive one for historic reasons. Other than that, "Torture Ship" is a strong contender for the title of Victor Halperin' worst movie.